The list is out! According to Babycenter, these were the top 10 baby names of the year:

“This is the year of the binge-watching baby name,” Linda Murray, BabyCenter Global Editor in Chief, tells Yahoo Parenting. “When you spend 16 hours in one weekend watching your favorite series, you can’t help but fall in love with the characters’ names. The correlation between trending baby names and trending binge-watch shows is undeniable.”

Exhibit A: Characters on Netflix. Cast names in House of Cards rose in the rankings, including Garrett, 16 percent; Claire, 14 percent; Zoe, 13 percent, and even Remy, 11 percent and Francis, 5 percent. Ditto for Orange is the New Black. Galina shot up a whopping 67 percent this year, while Boo went up 57 percent and Piper, 28 percent. Character names from Grey’s Anatomy (Arizona, with a 35 percent rise) and Scandal (Fitzgerald, with a 56 percent rise) were movers as well. And remarkably, 16 of the 22 names on ABC’s Nashville jetted up the list, with Luke stepping it up most with a 44 percent increase in popularity, and series star Hayden Panettiere’s own name rocking a 23 percent uptick. 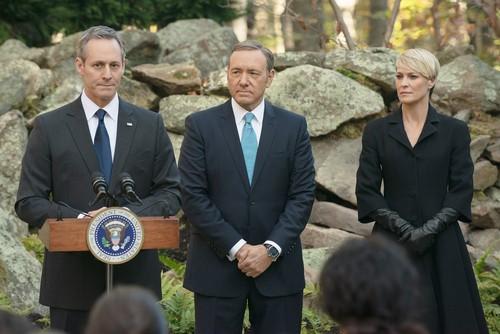 (Some parents are also turned off TV characters. Olivia, the star onScandal, is on the decline, as is Kerry, the real name of the actress, Kerry Washington, who plays her, BabyCenter.com reports.)

Jackson is still hanging tough as the most popular boy name for a second year, and Sophia is sitting pretty as the No. 1 girl name for the fifth year in a row, but a few new names debuted on the Top 10 list: Caden, Logan and Madelyn, based on the names of more than 406,000 babies born in 2014 to moms registered on BabyCenter.com

“Parents told us they want an uncommon but not unique name,” explains Murray. “They don’t want their son to be 1 of 15 Liams in a class yet they want something unusual.” That’s why she believes people are choosing the names of small screen characters. “They feel fresh and you start to like them because you hear them over and over, whether they’re beloved or a villain.” 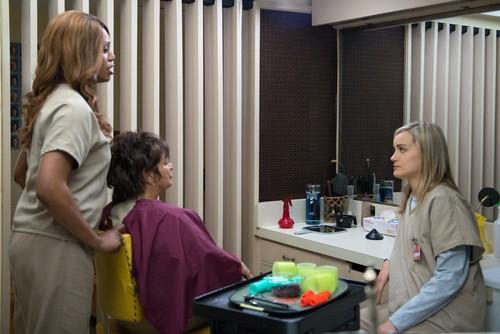 Southern-style names on the whole are up as well. Tennessee is 61 percent more selected for boys this year and Macon is up 29 percent. “I expected place names would be meaningful to parents,” says Murray of the destination name trend. (One in four of those undecided on a name reported that they might choose the name of a place they associate with special memories) “But in fact, most people say they’ve never been to the place they’re naming their child after. They have some positive association with it but no real personal meaning.”

This isn’t to say that moms and dads are taking name selection lightly. “We found that 60 percent of parents believe a child’s name contributes to their success in life,” says Murray. Respondents revealed they were looking for names that conveyed specific qualities, she adds. For boys, “strength” and “kindness” were top priorities, whereas “kindness” and “intelligence,” topped the list for girls. “Parents take the job seriously,” she says, “because they want to set their kid up for a great life.”